The European Council have adopted amendments to the existing Shareholder Rights Directive to improve shareholder engagement and transparency of small publicly traded companies. The changes will give shareholders more say in the way a company is run, creating a system of checks and balances between those with a vested interest in the organisation. Additionally, changes to the EU Prospectus Regulation aim to improve access for small businesses looking to gain access to more diversified funding across the EU. The main points of each are summarised below, all changes are to be implemented within the next couple of years.

As of 9 June 2017, the European Parliament has adopted the revised Shareholder’s Rights Directive EU/2017/828, which applies to companies that have a registered office in an EU Member State and whose shares are actively trading in a regulated EU market. The Directive has been revised to enhance shareholder engagement in listed companies, to increase transparency and address concerns raised about the short-term nature of investment strategies. The directive lays out the regulatory rules that will impact equity securities issuers, their investors and professional advisers. The EU Member States will have a two-year transposition period to implement the changes into domestic law, with completion no later than 10 June 2019.

The key changes are as follows: 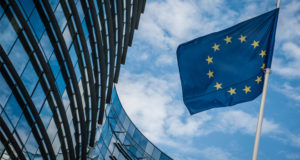 A prospectus is a legal document that companies issue to potential investors, it contains detailed information about the business, the securities they are issuing, the finances and shareholding structure. The revised Prospectus Regulation, EU/2017/1129, introduced 20 July 2017, aims to help businesses gain access to more diversified sources of funding across the EU. The new rules will lower regulatory hurdles that SMEs (Small and medium-sized enterprises) face when making public offers, making it easier and less costly to raise funds.