The Government of Ireland are finalising new legislation which will make changes to the existing ‘green card’ scheme for non-EEA residents to live and work in Ireland. The new bill is aimed to help increase the number of people working in the Information and Communication Technology (ICT) area and help to address skill shortages in this important part of the Irish economy. Companies such as Google, eBay, Paypal, IBM and Microsoft having been looking to recruit in the ICT sector and it is important for the country to cater for the needs of these multi-nationals which create much needed employment.

The existing Green Card Employment Permit is only available for occupations with annual remuneration of €60,000 or more but also available to restricted list of occupations with annual remuneration of €30,000 to €59,999. Changing the work permit scheme will give highly skilled individuals from around the globe a greater chance to apply for work permits in Ireland. 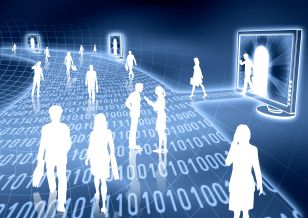 The ICT sector is a central part of our Action Plan for Jobs, and since taking office we have put in place a range of measures to support accelerated job creation in this area,” the Minister for Jobs, Enterprise and Innovation Richard Bruton said.

“Skills is key to this, as one of the biggest issues faced by businesses considering creating jobs in this sector is the availability of skilled graduates to do the work needed.

“Working closely with Minister for Education Ruairi Quinn, we have delivered substantial improvements in the past three years, and this has made a major contribution to the overall increase in the numbers of people at work in this area.

“Under the most recent ICT Action Plan, at least three out of four vacancies in the ICT sector will be filled by graduates from Irish colleges – this is a major leap forward from the 45pc that prevailed in 2011.

“The legislation we are publishing today will make a major contribution to the overall reforms we are delivering in the employment permits area. It codifies and clarifies the law in this area to make the system more transparent and obligations clearer to businesses and other stakeholders.

“It also makes the system more flexible and responsive to changing economic circumstances, so that our employment permits system can respond quickly and allow our economy to benefit from quickly emerging opportunities,” Bruton said.

The proposed law will also address deficiencies in legislation discovered through the Muhammad Younis case. This was a case where an illegal worker was exploited by his employer because he lacked a work permit.

“When this case first emerged I was appalled at its facts and pledged to move to remedy the law in this area – this legislation will deliver on this pledge,” Bruton said.

Overall, the change to the green card scheme is a welcome initiative and a great addition to the Entrepreneur Visa which was launched in 2013.

For more information on setting up your company in Ireland and to apply for a visa to live and work in Ireland, please don’t hesitate to contact us at Company Bureau.